The development of digitalisation has in recent years taken a large step forwards in ports, as in other transport modes. An understanding of its uses has been cultivated by working together to solve its weak points, alongside meeting the needs of individual customers – but far-reaching digitalisation and information sharing systems, which have the potential to reach across the entire transport chain, await still their time in the spotlight.

The port is a mosaic, in whose arena work countless service providers, and which combines different methods of transport: shipping, and land-side tracks and fairways. The port authority, in Finland the port company, is undoubtedly the higher power which as a neutral party can bring together different service providers to share data and information. A partial optimisation is not in the best interests of the port company, better a full optimisation that assures the fluidity of an integrated transport system. In this time of digital change, port managing bodies are offered the chance to take up new roles and business models.

In Finnish ports, the development of digitalisation has progressed specifically in the management of waterborne traffic. In practice, national maritime traffic management has been digitalised, and the ports themselves have many different solutions in use now that utilise operative real-time data, for example on the height of the water, wind, and other weather conditions and how these are changing, the condition of port structures, the timetable ships will arrive by, and information with which we can guarantee fluent turn-around times in ports. The development phase currently leading digital development in ports, is concentrated on merging existing service solutions to make multiple layers of simultaneous data easier to manage.

The first 5G networks are now in use in Finnish ports. Digital Twin understands where each transport unit is and keeps track of the status of goods handling. In the port area, full digitalisation allows faster through-times. This also solves the continuing difficulties ports have with developing productivity in what is often a physically limited space. The fluidity of traffic is undeniably significant for port authorities and port areas reducing their carbon footprints.

The electrification of passenger transport is seen in the development of a contactless customer experience in terminals and passenger traffic, as well as on cruise ships.

This digi-leap is only in the initial phase in some of Europe’s ports, while views have already turned towards considering the more long-term electrification of ports. In July, the EU Commission published a proposal of methods for the reduction of greenhouse gases within the EU, in the form of climate package Fit for 55. The proposal includes the focused reduction of emissions in several industries. Transport will play a central and critical role in Europe’s reduction of greenhouse gases.

European ports recognise that they must take care of their own roles in reducing maritime emissions. For ports, it is a question of connecting ships to shore-side electricity while they are at berth. The proposals in the climate package require ports to invest in shore-side electricity for both goods and passenger transport, as well as cruise transport, and in turn the ships are required to use the facilities.

The carbon dioxide emissions of ships in port comprise only a small part of the total maritime emissions produced during navigation, which is why the EU Commission’s Fit for 55 package includes a proposal to convert ships to clean energy, as well as the inclusion of sea travel in the EU’s Emission Trading System.

In the future, considerably more electricity will be needed in ports, compared to current demand. We also need more robust electricity grids, so that a comprehensive electrification, automation, and digitalisation is possible.

In Europe, a previously unseen race has started for the production, transport and use of hydrogen. In this too, a new landscape is opening up for ports: offshore wind power and water combining to produce hydrogen for use in industry and in transport could not be better placed than in the natural home of ports.

In the next few years, we will come to see a new digi-leap; this time accelerated by climate goals, the reduction of greenhouse gases, energy changes and with that the transfer to new energy sources. All in all, from a port perspective, the digitalisation of traffic continues to be a relevant solution to reducing the greenhouse gas emissions of port areas. 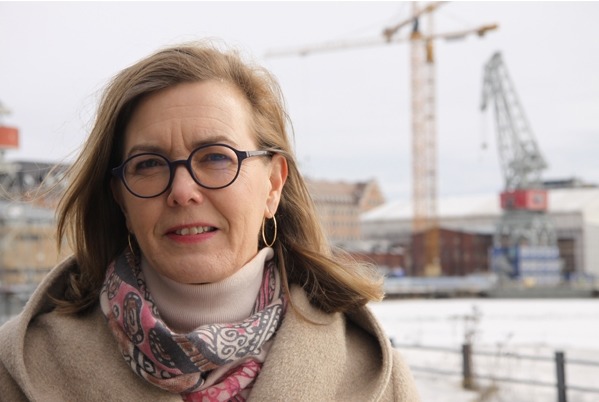